Although the penis resembles a wrinkling, sagging, fruitless attempt at an elephant's head; it still remains the most powerful and respected organ on Earth.

With the ability to fire string better than Spiderman, to grow faster than a steroid abuser and even to create a life; the penis is a man's most prized possession.

However, unfortunately for us human men, our penis to body ratio is less impressive. While we are able to cup our holy organ in one hand, some animals would need a fork lift to be able to hold theirs.

Below I present to you the animals with the largest penis to body ratios on Earth. 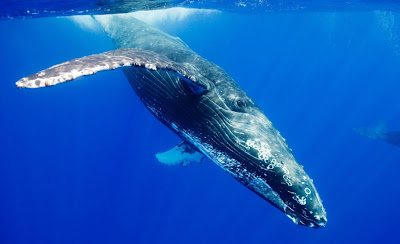 At 30m long, you'd expect the largest animal on Earth to have a painfully large wang. At 8ft long (16 times bigger than the average human penis), the Blue Whale has enough to dick to feed at least sixteen gagging whores. Although beastiality is not something I'm aiming to promote, the description helps to describe how useful the Blue Whale's penis really is! 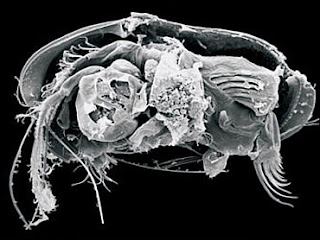 The oldest male fossil animal discovered really does have a cock to be proud of. Even it's name pays tribute to its willy ('amazing swimmer with a large penis') and 425 million years ago, the bachelor of the sea would have been using its weapon to destroy some crustaceany cracks.

If you have been watching David Attenboroughs' 'Africa' series recently, you'll know how big this guy's todger is. Whilst watching a few nights ago, I had to clarify with a Zoology student whether Elephant's only had four legs, because I swear I saw five. At 18 inches, it's hard not to feel sorry for the lungs of some of the African Elephant's female counterparts.

Having a penis as big as yourself would definitely create some problems, but I'd take it any day. The Greater Hooked Squid has this 'problem', but also has the freedom to float around the ocean winking cheekily at passing wildlife as its giant dick playfully waves from side to side.

Somewhat depressingly, this creature (12 times smaller than the average human) still has the same size penis as us. The yellow fellow has the excruciating task of lugging around a wang as big as itself all day. It's always the ugly ones that get the biggest.

There's having a penis as big as yourself, and then there's having one that is twice as big as you. The Argentinian Blue-Billed Duck has definitely been eating too much steak! It's not all plain sailing for the cute little dude, however. It's daily routine includes fish biting on its majestic member believing it to be bait! (Untrue, but definitely a possibility).

So, why the fuck did God decide to give the most useless thing on Earth the biggest dick ever? No one will ever know, and for me, it's enough for many to question God's existence because he can't be that stupid, can he? If humans had the same ratio, we'd be dragging a 240ft trouser snake around with us all day... Alright for some, isn't it?
Posted by Adam Bailey at 09:27